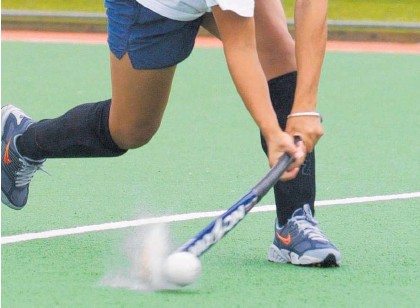 July ended with a full weekend of hockey for Central Hockey Club, back into it after a week’s (or more for a couple of our teams) break. The Satherley Logging Women’s Reserves hosted Bay Toitoi on Saturday, July 30, at the Centralines Sports Park in Waipukurau. Just a few weeks ago the game between these two teams closed as a draw so Central Women’s were ready to fight for a win. With having a few out due to school holidays, injuries and illness, the team was lucky enough to call on Ana who helped out and had fantastic game. The Central side started hard and fast, with Billie Rountree scoring both of the goals in the first two quarters. The team was able to hold the 2-0 score through the game. With the aim being to lead with intent into the circle and communication, the Satherley Logging Central Reserves were in the attacking 23 most of the game, with over a dozen shots on goal and over half a dozen attacking penalty corners. They showed they are working more as a team and having more chances of goals. Winning the last three games back to back was a big effort from the whole team and coach, Kelsey Stubbs. The whole team environment and trust — and Kelsey’s trust in them to do their best — is a big reason they were able to get their desired results. With their recent wins, the Satherley Logging Reserves have a fighting chance for the top spot in their division. A well-fought game by the Unichem Women’s Premier team unfortunately resulted in a loss, but the result is not one that portrays how the central side presented. The last two games against Napier Tech have seen a win to both squads so Sunday’s game was worth fighting for. Heading out after a focused warm-up, Central found themselves playing a defensive game and battling to get it out of their 23. After a quarter-time encouragement from coach Dave Down, and the girls querying how they could start feeding the ball up the field, they were feeling more fierce. They managed to turn opportunities from their strong defence into some very close chances of goals. It was an incredible strike from Ange Scott during a penalty corner that got the Central women on the scoreboard. Although unable to catch up to Napier Tech, they were grateful to have goalie Tyla Martel on top form, stopping many strikes. Player of the Day went to Stacey Allan. The NZ Trellis Men’s Reserves had an amazing game against Akina on Saturday, July 30, resulting in a 3-2 win. Central was able to open the scoring with the forwards pushing hard in the attacking opportunities and keeping pressure on Akina’s goalie. The strong backs for Central matched the intensity of their teammates and remained supportive to their goalie, Ross Fraser, who was pulling out some incredible saves. The backs continued to put their bodies on the line to keep Akina on their toes and limit their chances. The win was an awesome way to start a new round and open the div 3 competition for the hockey club. Player of the day went to Greg Thompson with two goals. Saturday’s game was a difficult one for Mark Boys Builders Central Premiers. Managing to keep Te Awa at a 1-0 lead for the first quarter the Central side fought back hard in the second quarter to keep it 1-0 heading into half time. But with Te Awa scoring a couple of sneaky goals in the third quarter, the game slipped out of arm’s reach for the hardworking Central Premier men. Once again, goalie Matthew Gray had some exceptional saves and kept Central well and truly in the fight. This week’s player of the day goes to Hayden Le Compte for continuing to be an outstanding role model for the young players, holding the team defensively together and not backing down to the opposition. Final club day is on August 13. All teams are playing in Waipukurau. First games starts at 12.15pm.