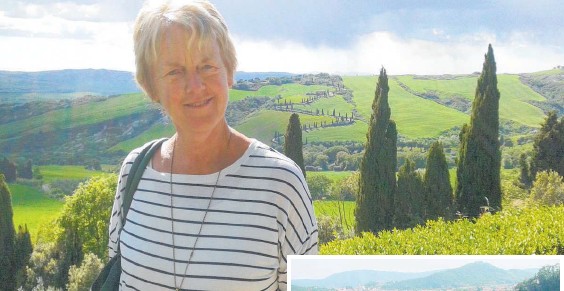 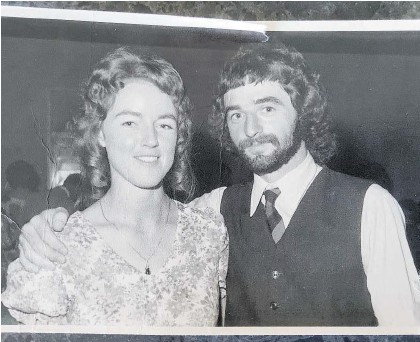 Kill Bill! If you’ve read Lynn Kirkland’s first memoir, you will understand where that sentiment is coming from. If not, you have some catching up to do as her second memoir, Our Italian Legacy, will be launched on August 17 in Palmerston North. Our Italian Legacy picks up from Kirkland sending Italian man Giovanni a Dear John letter and answers questions readers have had since they turned the page to find two blank ones. As she admits in the introduction of her second memoir, the first left readers in suspense, Did she return to Italy? What happened to the grandson of Giuseppe and Iolanda who had saved the life of her father, an escaped prisoner of war, during World War II? What happened to her signet ring? Since My Italian Destiny was published in 2016, she’s had emails from people saying they hoped she married Giovanni. People loved the first book but definitely wanted to know what happened. Kirkland founded The Herb Farm near Ashhurst in 1993 and the former primary school teacher has written eight children’s books about what herbs do. August 17, the launch date for Our Italian Legacy, is significant as it will be 80 years since the Italian transport ship Nino Bixio was torpedoed by a British submarine in the Mediterranean. On board that day were English soldiers Bob Rogers, the man who was to become her father, and Roger Peel. Peel was newly married to Edna, later to be Kirkland’s mother. Peel died that day while Rogers survived. Kirkland says her father was so positive about that dreadful experience, making it sound like he was cruising the Mediterranean. He always made those incredibility brutal and scary times sound like a big adventure, prompting Kirkland to think “how are you so normal?”. Rogers’ view was every day he survived was a bonus. He had 70 bonus years and died when he was 90. August 17, 1942 changed the trajectory of her father’s life and was the reason why her parents met. “Roger’s fate, sadly, was to die that day, while Dad’s destiny was to survive.” Kirkland says writing her second memoir was emotionally gruelling. The first took a lot longer but was all happy, happy, romantic, and exciting, talking about her OE and coming back to Palmerston North engaged. When she started to write her second book she realised how much time is galloping on, and how much we need to value our lives and connections to the people we want to be connected with. She hopes by reading of the meaningful connections in her life readers will think deeply about the close connections in theirs. She views the book as a spiritual journey to explore connections and why certain people are in your life. Some come into your life for a reason, some for a season and some for a lifetime. Kirkland writes by hand and her son, Craig, types it up. She believes there is something about the pen that connects to your heart. She is also a fan of having photos throughout a book as they have an energy to them and uses them to show emotions. “I think it’s important we feel our emotions.” She loves writing, saying it is a way to connect with people by writing from the heart. Her favourite places are libraries and stationery shops where she hunts for nice pens. Her next project for which she will need a nice pen is a history of The Herb Farm. The Bill referred to in the title of the first chapter will be at the book launch. They met as children emigrating from the UK in 1958 and first kissed in Queenstown when she was 15. Kirkland says she always thought Bill was the one and they have been married for 48 years. Our Italian Legacy will be launched at Central Library on Wednesday, August 17, at 6pm. RSVP to genny. vella@pncc.govt.nz. The book will be available from The Herb Farm or lynnkirkland.co. nz.